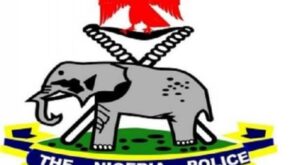 Police in Ekiti State have confirmed the safe release of a mechanized farmer, Isaac Agbanigo from his abductors.

Agbanigo was kidnapped on Saturday, 3rd April, 2021 from his farm, located at Ajegbende Ise-road, in Ikere Ekiti, after the days work.

He was said to have been accosted by seven masked armed men, who ordered him, his wife and children to lie down facing the ground, or risk their lives.

It was gathered that the abductors freed the wife and children on the spot, but escorted the farmer into the bush and was taken to an unknown destination.

Police Public Relations Officer, PPRO, in the state, Sunday Abutu, explained that the victim was released on Tuesday at about 7:30 pm.

The PPRO further explained that Agbanigo has been reunited with his family, and thereafter taken to the hospital for a medical check-up and possible treatment.

The Ekiti State Commissioner of Police, while reiterating his commitment to the safety of lives and properties, implored the people to cooperate and support the Police and other security agencies in the fight against crime and criminality in the state.