Kogi State Governor, Yahaya Bello says his administration would continue to ensure and defend the independence of the judiciary through the appointment of qualified, professionals and ethically conscious judges in the state.

Yahaya Bello who said this at the swearing-in of three high court judges, charged the jurists to use their new positions to shepherd citizens to become more responsible and law-abiding.

Justices Abubakar Ibrahim, Abdulahi Suleman and Aminu Eri, are the three new judicial officers who joined the bench in Kogi State as judges of the Kogi State high court by these rites of oaths taking and pledging their allegiance to Nigeria’s constitution.

The solemn administration of oaths was performed by Kogi State Governor Yahaya Bello, through his Deputy Edward Onoja with a charge for them to have the fear of God in their judicial pronouncements.

Onoja said the state government has strengthened the administration of justice by ensuring the independence of the judiciary shown in the appointment of judicial officers by following laid down procedures.

It was also the view of the state government that judges should dispense their justice devoid of technicalities against the substance of cases brought before them.

Earlier, state Attorney General and Commissioner for Justice, Abubakar Ibrahim said he is optimistic that the trio would justify the confidence reposed in them.

The swearing-in ceremony of these three judges is to fill the vacancies created in the state judiciary and a bid to give impetus to the administration of justice in the state with a call on the judiciary to play its complementary roles alongside the Executive and legislature. 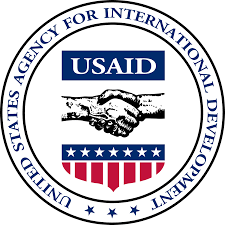