There has been global condemnation of the early Thursday invasion of Ukraine by Russia with President Volodymyr Zelensky declaring martial law in the country, and asking every citizen to arm themselves.

Russia forces, with heavy weaponry, moved into different cities of its smaller neighbour’s territory, and reports of explosions have rocked Kyiv, the Ukrainian capital.

Russian President, Vladimir Putin has insisted that the West is to be blamed for what he tagged a “special military operation” in Ukraine.

In an address late on Wednesday, Putin said the entry into the Donbas region(A base for two separatist groups, the Donetsk People’s Republic and the Luhansk People’s Republic) is necessary to deter Western “incursion” in its backyard.

The United Nations Secretary-General, Antonio Guterres, at its Headquarters in New York, condemned the Russian invasion of Ukraine and described the military action as a war and that President Putin has not been sincere despite appeals to him to shelve the action.

At an emergency meeting of the UN Security Council, there was a face-off between the UN ambassadors of both Ukraine and Russia, which incidentally holds the chairmanship of the Council, with the Ukrainian envoy speaking directly to his Russian counterpart and insisting that his country has been unjustly attacked by an “aggressive neighbour” while seeking permission to play a tape of President Putin’s declaration of war.

His Russian countered fired back, asking him to simply give his address.

United States President, Joe Biden has condemned the Russian action and says Russia will pay a heavy price for this course of action.

The British Prime Minister, Boris Johnson has also condemned the Russian invasion saying the gamut of sanctions proposed will now be activated, and that the United Kingdom stands with Ukraine.

The tension between these countries has spiraled into sports as it is being reported that The Union Of European Football Associations UEFA is seeking an alternative venue for the final of the UEFA Champions League earlier scheduled for Saint Petersburg in Russia.

AMIDST TENSION BETWEEN RUSSSIA AND UKRAINE, NIGERIA PLANS TO EVACUATE ITS DISTRESSED CITIZENS. 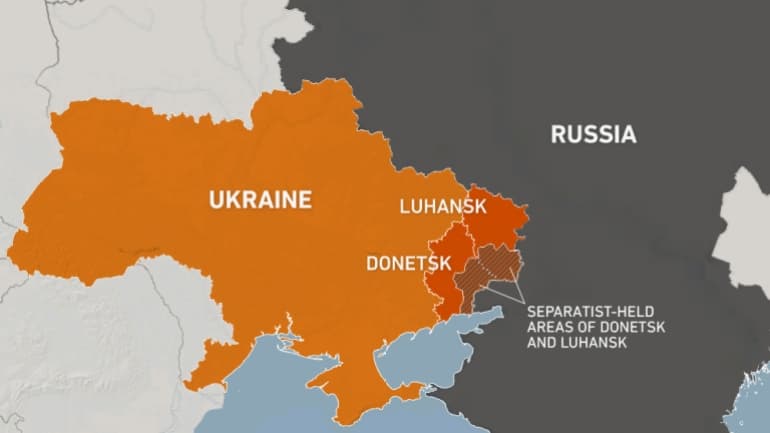