The Moroccan women jetted into the country through the Murtala Muhammed International Airport in the wee hours of this Monday, amidst tight security.

The contingent of about 30, including coaches and officials, were shielded from journalists on to their bus for onward journey to their hotel.

The Atlas Lionesses are drawn in the same group as Nigeria’s Super Falcons, in the maiden edition of the Aisha Buhari Invitational Women’s Football Tournament, taking place in the city of Lagos.

Mali’s women’s national team who play in the same group A as Nigeria and Morocco, are expected to arrive in the country later this Monday.

Also billed to touch down in Lagos are the Black Queens of Ghana and South Africa’s Bayana Bayana.

Ghana’s Black Queens, two-time runners-up of the Women Africa Cup of Nations, tackle Cameroon and South Africa in Group B. 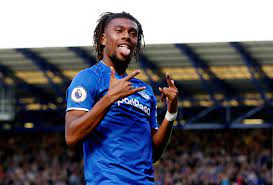