Nigeria has moved to ban foreign models and voiceover artists from advertisements in the country.

The Advertising Regulatory Council of Nigeria ARCON announced the plan in a statement released on August 23, saying the move was in line with the government’s policy of “developing local talent”.

The measure which was announced last week, makes 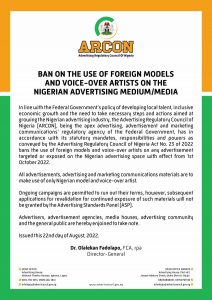 Nigeria, the first country known to enact such a law, which seeks to foster more local involvement in the industry and elsewhere.

The ban is expected to take off from October 1, with observers saying it is sure to represent a noticeable shift in a country where foreigners have long been common on the air and radio waves.

ARCON said it was motivated by;

The need to take necessary steps and actions aimed at growing the Nigerian advertising industry.

That while ongoing campaigns will be able to continue to run to the end of their current term subsequent applications for re-validation for continued exposure of such material will not be granted.

Nigeria had already imposed a tariff of about $240 for every foreign model used in an advertising spot, which has begun to transform how marketing campaigns in the country look.

Meanwhile, Steve Babaeko, the President of the Association of Advertising Agencies of Nigeria said:

Ten to 20 years ago if you checked the commercials, I would say they were almost 50-50 in terms of foreign faces and all the voiceovers was British accents.

That would include Nigerian brands using foreigners and global companies distributing their advertisements in the former British colony, which gained independence in 1960.

Babaeko said the laws were in line with a “new sense of pride” for any young Nigerians who wanted to see representation in the media.

I think the law is just catching up with national sentiment. As long as maybe eight years ago, you would notice some kind of renaissance in Nigeria.

People will tell you, There are about 200 million of us. Are you telling me you could not find Indigenous models for this commercial? Especially at a time when Nigeria is in dire need of sufficient platforms for its teeming youth population.

Segun Arinze, a veteran actor and President of the Association of Voice-Over Artistes (AVOA) commended the move saying it was “an enabling regulation that favours the local industry,

The ban will pertain to “any advertisement targeted or exposed on the Nigerian advertising space”, referring to an industry estimated to be valued at about $450m in 2021. 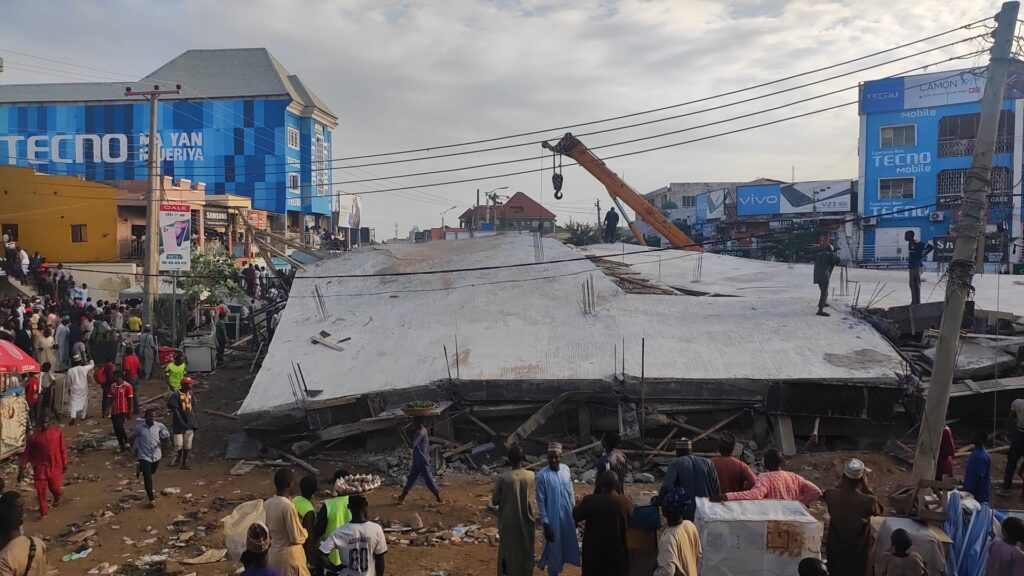