Gunmen have reportedly attacked and killed one person and abducted the Rector of the Federal School of Statistics, in Manchok, Kaura Local Government Area of Kaduna State. A source who pleaded anonymity said the attack took place at about 8 pm, Monday night when the attackers stormed the village in their numbers.

He lamented that the terrorists stormed the community at night and killed one person, while a lady was kidnapped, including the rector. The attack was coming barely three weeks when two Ad-hoc staff in charge of distributing mosquito nets were gunned down at Zangang – Zankan Road in the same Local Government area.

The source said the terrorists stormed the community with sophisticated weapons, shooting sporadically, before abducting the duo. He lamented that some communities in the local government had been experiencing attacks by terrorists and security officials were not doing enough to arrest the situation.

He called on the government to beef up security in the area, to curtail the activities of the criminal elements. He added that the kidnappers are yet to establish contact with the school management or family members of the abducted persons.

The Police spokesman in the state, Deputy Superintendent Mohammed Jalige, could not be reached at the time of filing this report. 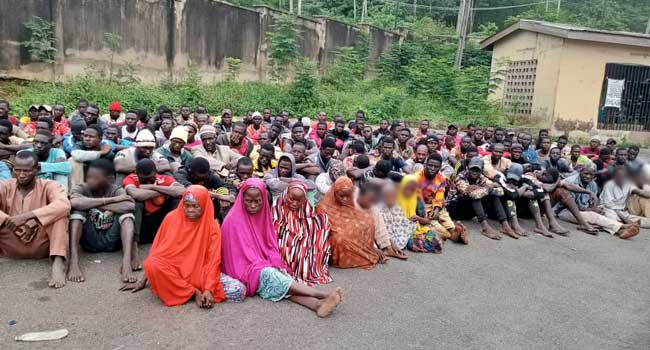