The Peoples Democratic Party (PDP) in Cross River State has called on its member to respect party supremacy and go about their aspirations with decorum and refrain from unnecessarily heating up the polity.

Chairman of the party, Venatius Ikem gave the advice to all aspirants who visited the Secretariat in Càlabar to make their intentions known.

Currently, the issue of zoning of Governorship candidates has dominated negotiations among aspirants.

Addressing them, the Chairman said equity, justice, and fair play will be considered above other agitations in line with the party’s constitution.

Ikem said only a united PDP can take over Government House from the ruling All Progressives Congress In Cross River State in 2023.

Some of the aspirants who are advocates of zoning insisted that the fairness the party Chairman talked about can only be achieved if the “gentleman agreement” reached by party caucus leaders in the state in 2015 is honoured.

Currently, five aspirants from the PDP have made their intentions known to be Governor of Cross River State under the Peoples Democratic Party, including a lone female, Ambassador Nkoyo Toyo. 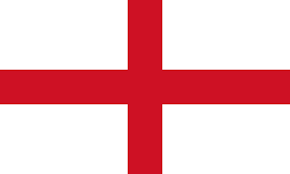