Leaders of the People’s Democratic Party, PDP, from the North Central zone have unanimously adopted former Senate President, Iyorchia Ayu as its consensus candidate for the position of national chairmanship.

This is coming ahead of the Special National convention of the People’s Democratic Party, PDP, slated for October 30th and 31st, 2021 in Abuja.

The meeting was a continuation of series of meetings by leaders of the zone in arriving at a consensus candidate for the party.

The Governor who was flanked by former Senate President David Mark, Iorchia Ayu, zonal chairman of the party and other leaders in the zone stated that Senator Ayu will be presented to the Northern stakeholders of the PDP in a meeting to be held later in the day for ratification.

He explained that leaders of the party from the zone took time to search for someone with the capacity, commitment, love and passion for the PDP and arrived at Dr Ayu.

As a result of this, he said the party’s leadership in the North Central Region unanimously agreed to sponsor the former Senate President out of the other aspirants.

According to the Governor, other critical decisions would also be taken during the Northern stakeholders meeting of the PDP to be held in Abuja Wednesday.

A total of five candidates whose identities were not made public at the time of going to press signified interest for the Chairmanship position. 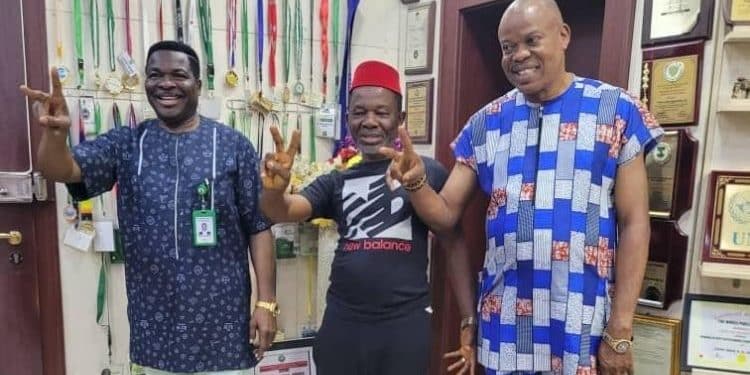