The Senate on Wednesday confirmed the appointment of board members of the Nigerian Upstream Regulatory Commission.

The confirmation followed the consideration of a report by the Senate Committee on Petroleum Resources.

Chairman of the Committee on Petroleum Resources (Upstream), Senator Albert Bassey Akpan, in his presentation, said the nominees demonstrated sufficient knowledge of the workings of the petroleum industry, especially the upstream petroleum sector, as well as the economics of petroleum exploration and production.

He added that the appointments of the nominees satisfy the requirements of Sections 11 and 18 (1-5) of the Petroleum Industry Act, 2021.

According to the lawmaker, “there are no adverse reports against the nominees as record checks and other forms of investigations by security agencies did not reveal any negative trace against them.”

Akpan stated that the Committee was satisfied with the qualifications, experience, suitability, competence and integrity of the nominees to assume the position of Chairman, Chief Executive and Executive Commissioners of the Nigerian Upstream Regulatory Commission.

In his remarks, the Senate President, Ahmad Lawan, said the establishment of the Nigerian Upstream Regulatory Commission would provide a foundation for the stabilization of the petroleum industry in Nigeria.

The president of the Senate charged the Nominees a fruitful tenure as they take their offices. 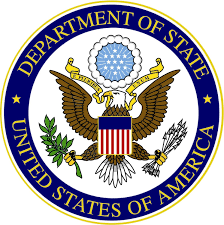