The Appeal Court in France is set to make a ruling today on a conviction handed to the son of Equatorial Guinea’s president for using public money to fund his lavish lifestyle.

If the decision goes against Teodorin Obiang, his assets could be redistributed to people living in his home country.

Obiang, who is the vice-president of Equatorial Guinea  was first convicted in France in 2017.

Last week, Britain imposed sanctions on him for corruption.

Teodorin Obiang, 52, who oversees defence and security in the country, has long been notorious for his luxurious tastes and wildly extravagant holidays.

French judicial authorities have estimated at 150 million euros the amount he laundered in France to build up assets including cars valued at 5.7 million euros with three Bugattis, a Rolls-Royce and two Maseratis.

Amongst the seized property is a luxurious building on the upscale Avenue Foch in the French capital Paris that boasts a cinema and has an estimate of 107 million euros in value.

Equatorial Guinea said the measures were based on lies and warned it would close its embassy in London.

NORTHERN CONFERENCE A1 GROUP OF THE NNL TO PLAY ITS FINAL LEAGUE GAMES ON SATURDAY 31ST OF JULY. 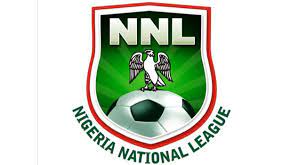 COTONOU COURT ORDERS THE TRANSFER OF SUNDAY IGBOHO TO A NEW FACILITY.