Abductors of the 2 Catholic priests from the Saint Patrick’s Catholic Church, Gidan Mai Kanbu in Kafur Local Government Area have demanded One Hundred Million Naira for their release.

A close source to the families of the abducted priests confirmed the development to our reporter
The parish is under the Sokoto Catholic Diocese headed by Bishop Matthew Kukah.

This is coming 7 days after the two priests, Reverend Father Stephen Ojapa and Reverend Oliver Okpara alongside two others were abducted by terrorists operating in the Funtua Zone in the early hours of Wednesday, May 25, 2022.

we also gathered that a week after the last attack on Mai Kanbu, a predominantly Christian community, terrorists also launched an attack on another Christian community, Gidan Jinjiri Huguma, also in Kafur Local Government Area in the early hours of Tuesday
Gidan Jinjiri Huguma is 15 kilometers away from Mai Kanbu where the two priests were abducted

The attack, at the ECWA church, Gidan Girbau around Gidan resulted in the abduction of two women – pregnant 22-year-old Jamila Yunusa 25-year-old Jamila Ali, and her 1-year-old child.

The police and other authorities are yet to make official statements about the incidents as at the time of this report, calls to the police spokesman were not answered. 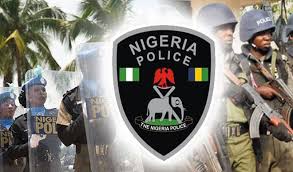